The huge contribution of the Special Forces was praised by the Greek Parliament and the Ministry of National Defence by creating an original audiovisual project which was presented as a 3D mapping projection at the surface of the Greek Parliament building. Moments and events of Greek history were “revived”. Parliament participated in the full celebration of Special Forces Day (21/11/2020), honoring those who stood up for their country and for the preservation of Greek and European borders. 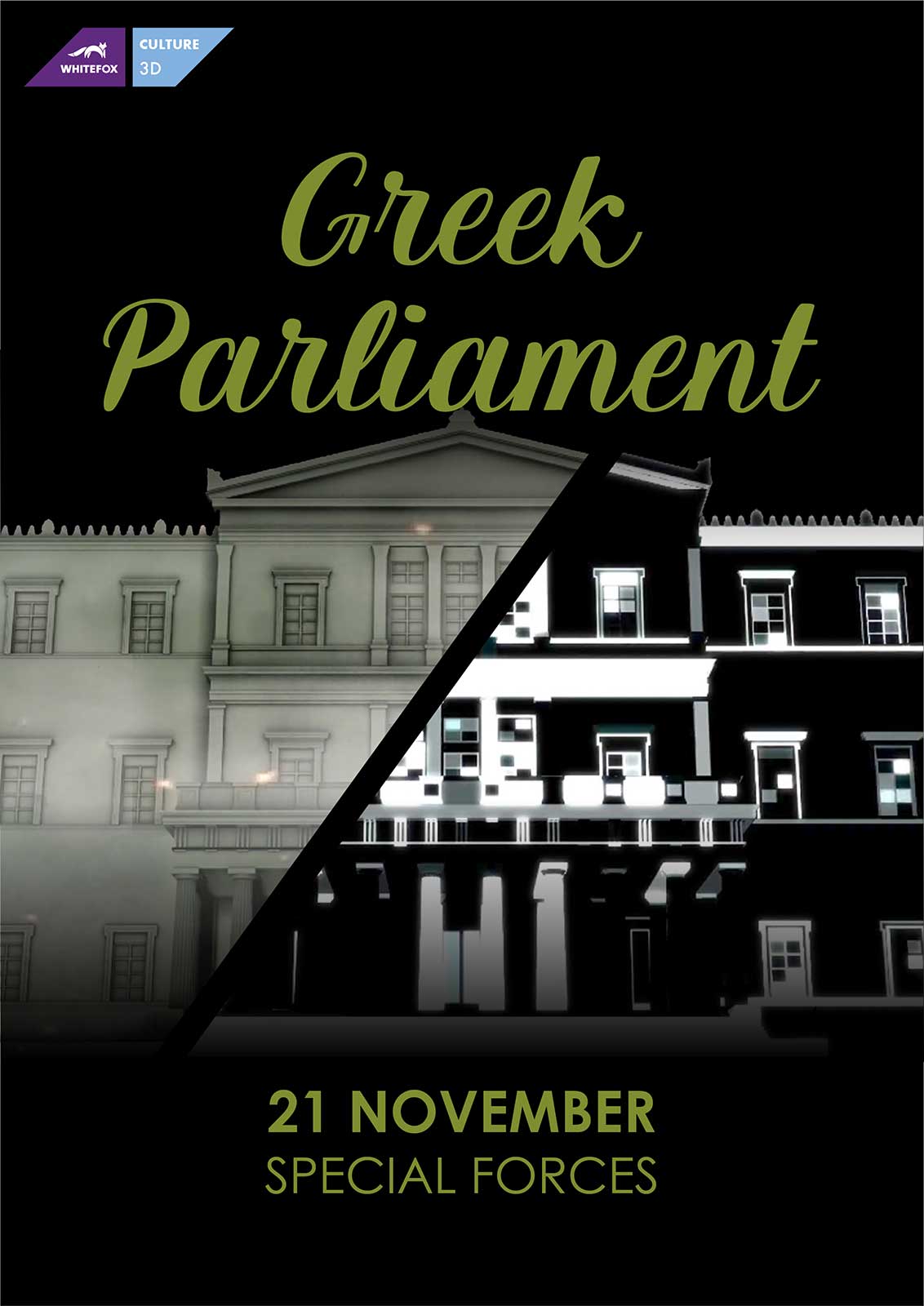 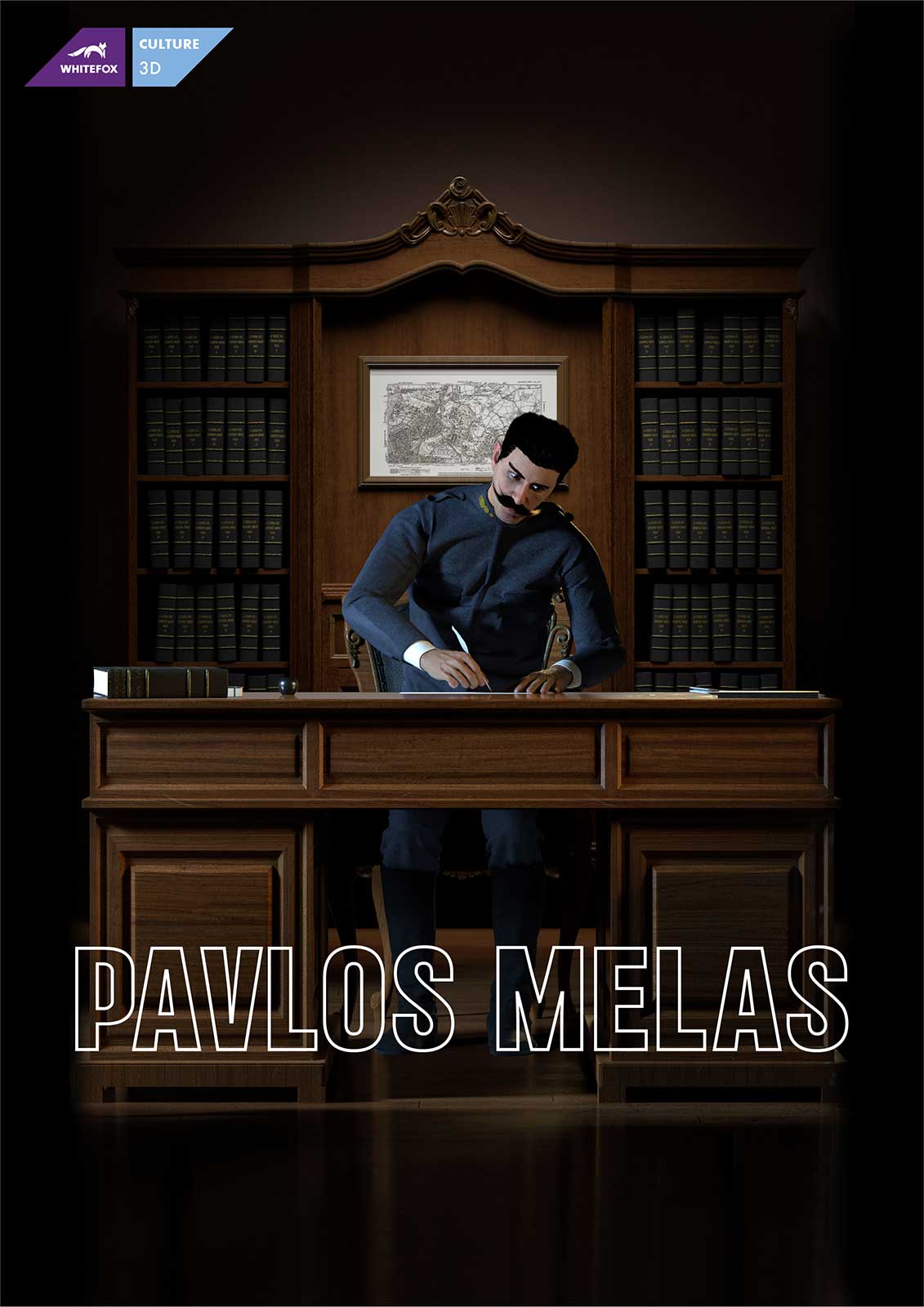 For the event of the restoration of the Melas’s house in Kifisia, White Fox created the first digital hologram in the physical dimensions of Pavlos Melas, the leader of the Macedonian Struggle. He moves into his office and writes the letter to the young soldiers. At the same time, the short film called “The Return” was created to present the timelessness of the space in conjunction with the life of the leader. The film was presented as a 3D mapping projection on the building’s surface. The music and the lyrics were composed by Stamatis Spanoudakis, while the direction was by Grigoris Karadinakis.

A short 3D mapping projection film on Villa Zografou’s surface. A fictitious 200-year timeline from the Greek Revolution to our days (1821-2021), in which historical landmarks, people and events are presented in 3D digital form, having defined Greek history over these years. 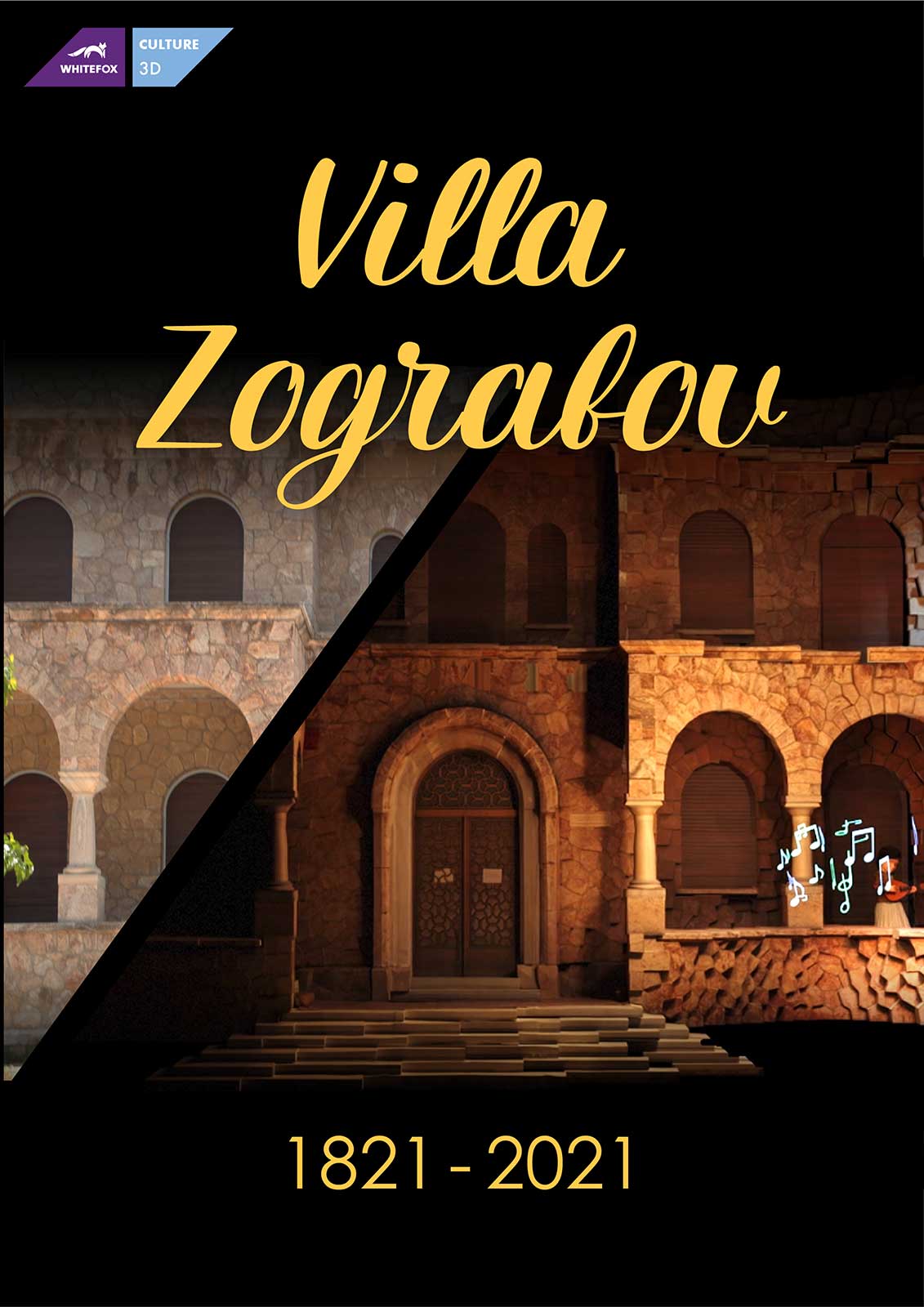 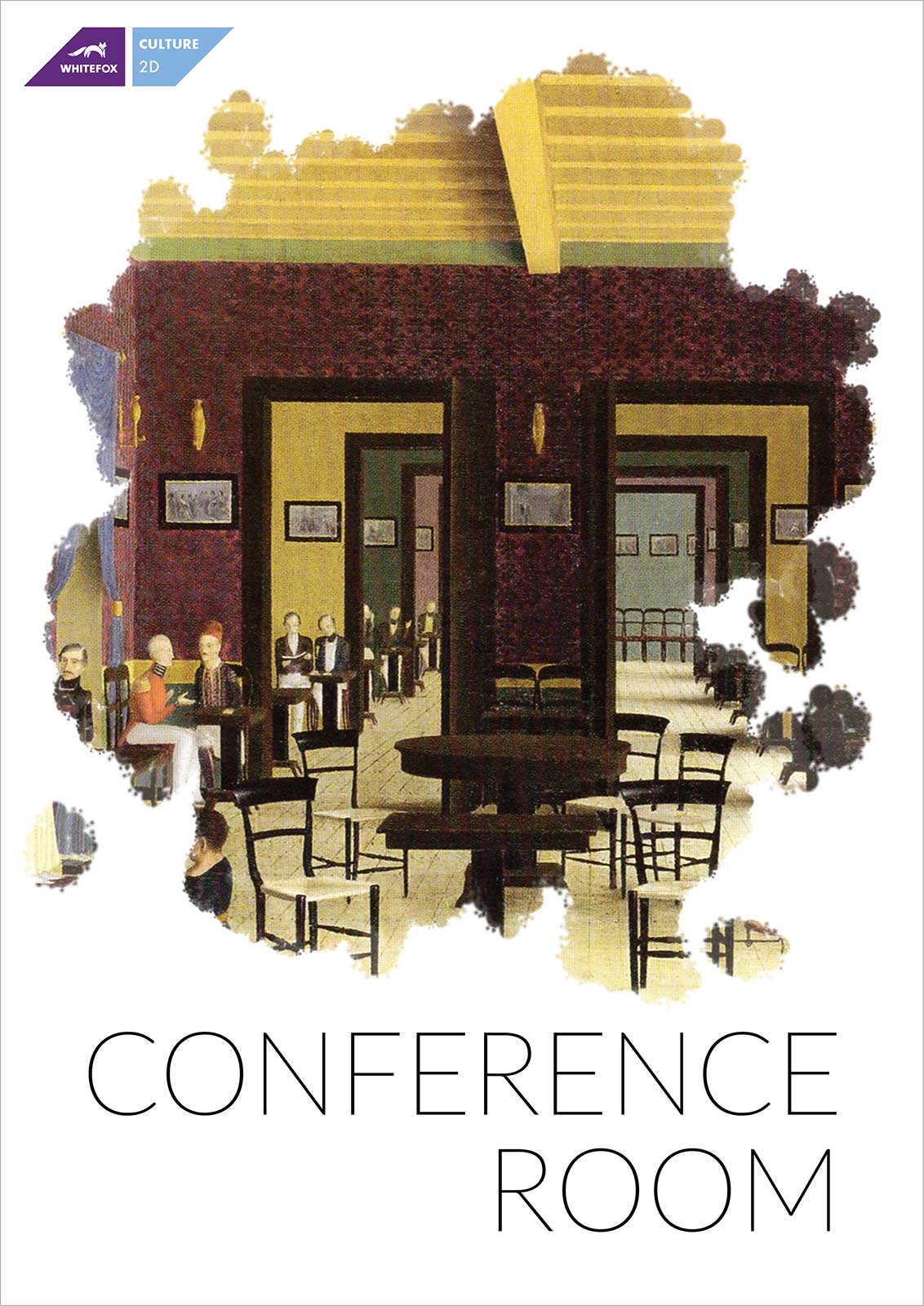 An original audiovisual production to be presented at the Peloponnesian Folklore Foundation, based on the painting of a possible symbolic event concerning the meeting of Ioannis Kapodistrias (the first prime minister of Greece), which was conceded to the Foundation by Dionysis Fotopoulos. The human figures are designed to move in such a way, giving us the impression we are also standing in the room, watching the event unfold.